A persistent cardinal (while Grace relaxes)

Grace has been VERY interested in the bird activity outside this past week (when it wasn't too windy). 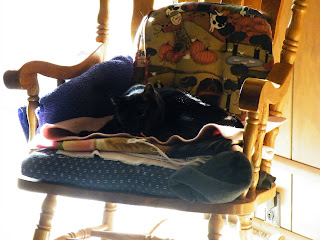 This cardinal had been to the feeder (which was pretty much empty) twice before that day, and I was closer to my camera when it arrived for another check on the supplies. 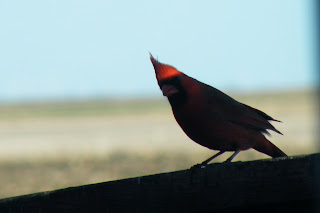 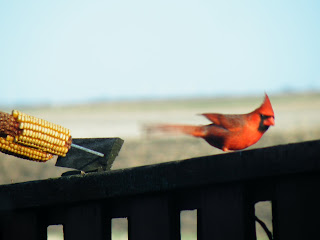 The cardinal didn't actual eat much of this corn, but it was a nice color contrast for a picture... Yes, John filled it when I told him the cardinal had visited twice yesterday and was disappointed and even looking in at us to see when we would fill it again! 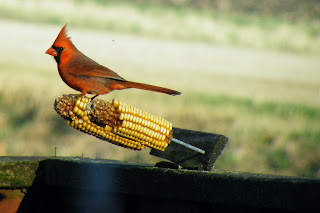 These pictures were taken from inside, so the window shows and clouds the pictures a little. 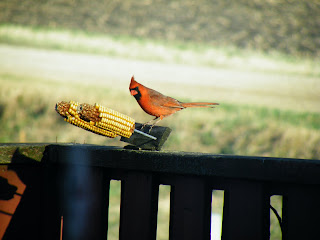 gheez. That fence looks awful up close. I hope we get to replace it this summer.
Posted by Camp Stanhope Happenings at 8:45 PM