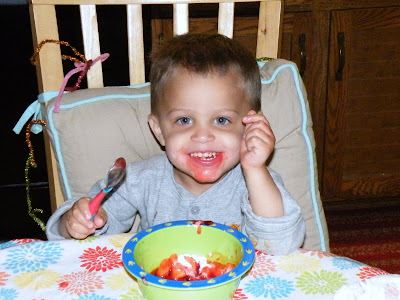 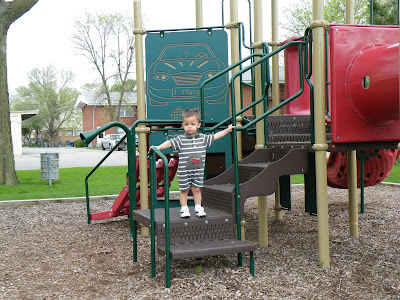 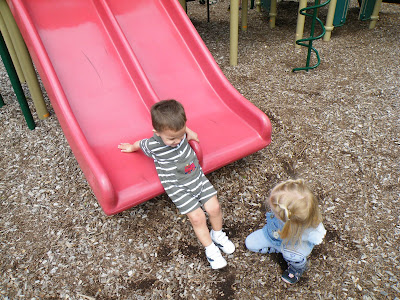 After the store we discovered a really nice park with two sets of play equipment (one smaller than the other). Izaac isn't fearless, but he did end up going down the slide, and discovered he REALLY liked it. There were some other kids that came, and that made it more fun.
Posted by Camp Stanhope Happenings at 1:54 PM