This isn't big news in most households. But for those of you who know my sister, Shirl,(Izaac's grandmother) know she cannot STAND to get her face wet! 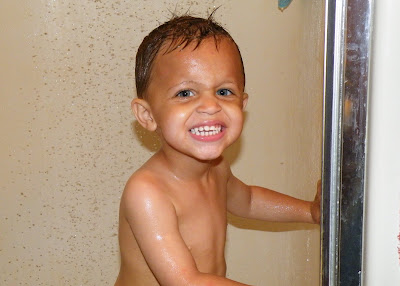 Izaac was a little nervous about running water all over himself, but has warmed up to the idea. The other day when I got out of the shower, he wanted to get in, so I turned the head so it wouldn't blast him the whole time, adjusted the water to tepid, and he got in--fully dressed. 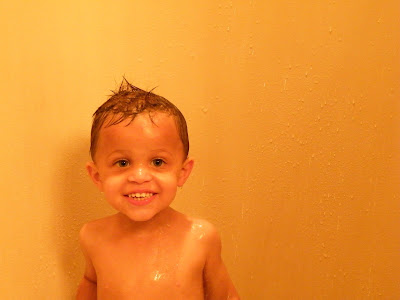 Then last night, for some unknown reason, he decided he'd take a real shower, sans clothes, and even got a washcloth and soap to scrub (I helped in that department). I had to take pictures because I didn't think his grandmother would believe me!
Posted by Camp Stanhope Happenings at 9:44 AM