Friday, a Trader Joe's finally opened in Iowa in West Des Moines (about 75 miles one way from our house), and we had planned to get there by mid-morning. Some plans have a way of not working out. Here's the huge parking lot and inside it was just as crazy when we arrived LATE in the afternoon! 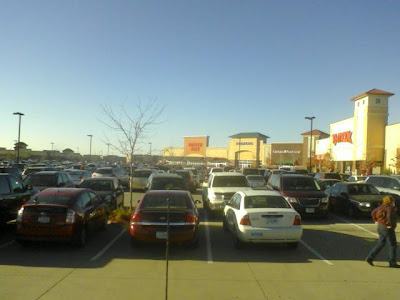 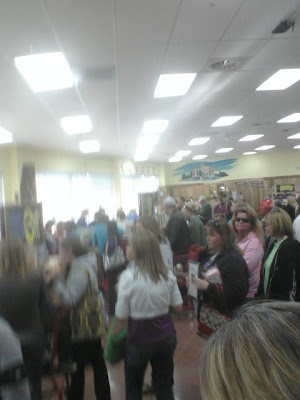 The furnace man had apparently done something wrong in the 'configuration' of the thermostat and the electric back-up heater (which only kicks on under 20 degrees).
We now have heat (and a few items from Trader Joe's)! Hopefully next time it won't be quite as crazy!
Posted by Camp Stanhope Happenings at 11:45 AM

Oh, I am SO envious that you have a TJ's! Yet one more reason to visit.