Yesterday there were TWO eagles in the field in the morning having breakfast (8am-10am). They actually were 'chirping' at each other over the carcass. Then one stayed and ate for more than an hour and the other sat a little while but then flew away. 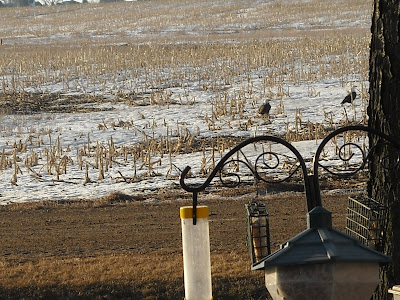 I may try and upload the whole series of pictures from yesterday on the 'flickr' site later today, including the video of them chirping/griping over who would get to eat breakfast (turn the sound up on this one because the chirping is fairly quiet from inside my house with the fridge noise in the background). 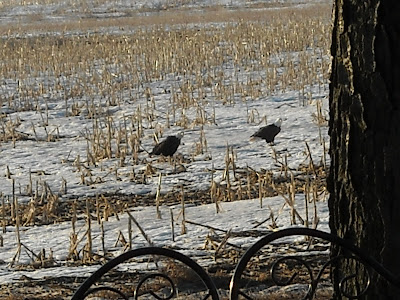 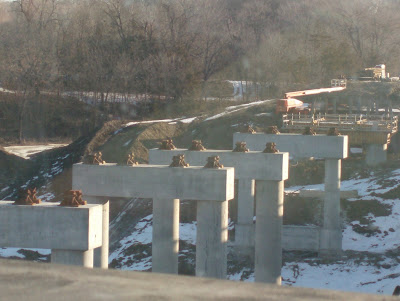 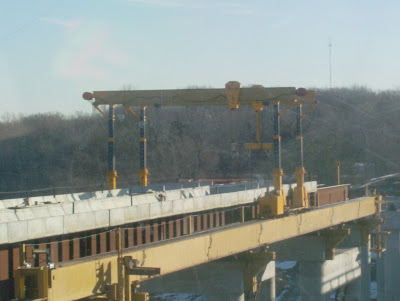 Wow... I have never ever seen a real live eagle.. but hope to one day. Awesome pics.