Grandpa Markey would entertain the kids when they were smaller with tricks like wagon rides and balloons (he'd blow a couple up when an of the kids were fussy and toss them around). This must be mid-1990?? Alex, Samantha and Amanda are in the wagon. 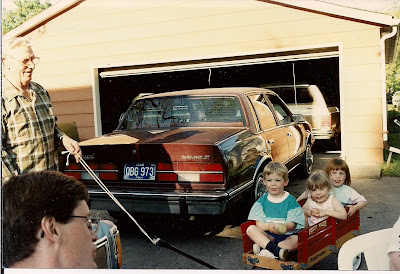 We had several Halloween's in Des Moines when it was cold, and some with SNOW! This must have been one of them--1993?? 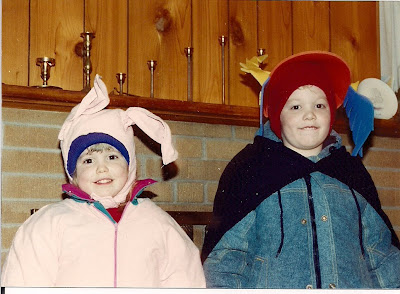 Below is the Markey grandkids annual Christmas card picture in 1992 when cousin Ben was new and the girls later decided to fight over who would hold him! 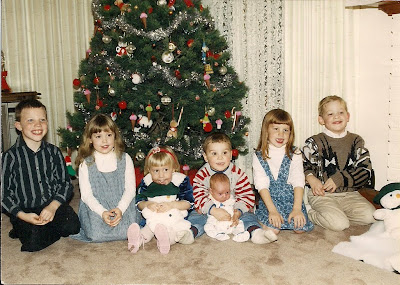