A day at the Iowa State Fair with relatives!! 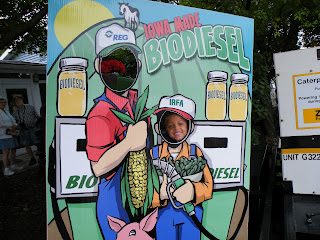 Izaac posing as a soybean farmer! 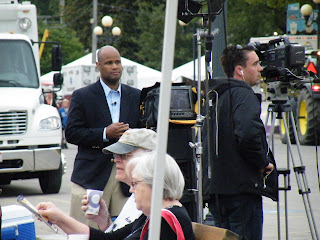 Ron Mott, NBC news, was at the Fair, as the new candidate for V.P. was to visit later that day--and then the President also visited later that evening!  The news trucks were lined up on the Grand Concourse and were already broadcasting before 9am!! 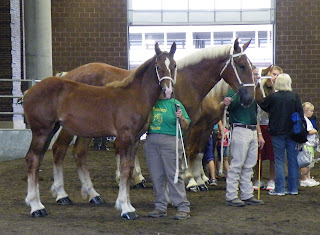 We visited the horse barn, and these horses were getting ready to be judged.  They were huge! 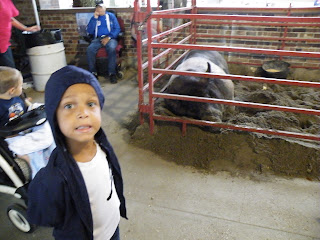 Lots of big things are at the Fair, but this wasn't even the BIGGEST pig that was there, but it was the one we could get Izaac in front of for a 'photo op'... 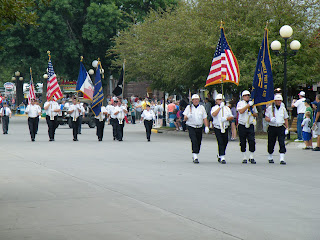 It was Veteran's Day at the Fair, and there was a parade. 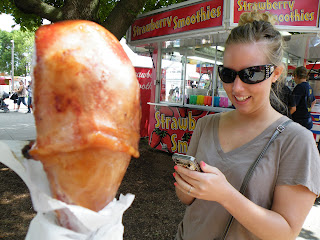 This is what Michelle decided she'd attempt for lunch!  (Turkey leg.)  It was almost as big as her head....although it's a little deceiving at this angle... 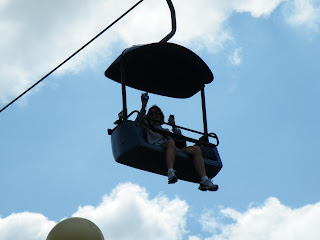 My cousin, Margaret, thought she'd get a view from the sky ride! 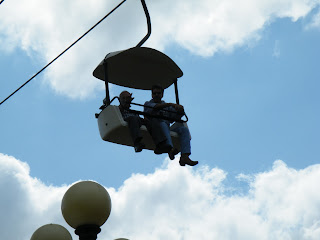 That's my Uncle Charlie and my cousin, David, in this sky ride seat.
(Margaret and David are siblings.  Margaret lives in Buffalo, NY, and David lives in Tulsa, OK.